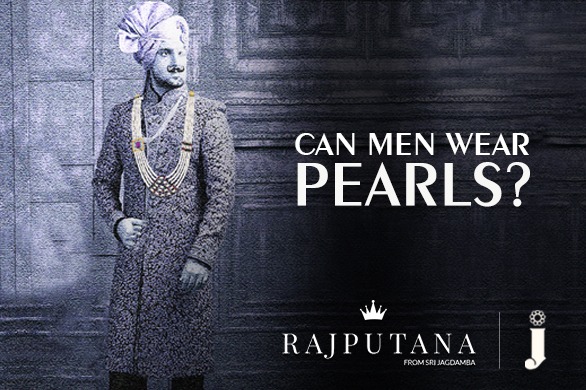 The answer is YES!

Gone are the days when pearls were only worn by a woman. In fact, there’s nothing new about men wearing pearls. It is giving them a more fashionable look and a masculine edge. Ancient men of wealth – especially kings – would show off pearls by decorating their crowns, sewing them into their clothes, or even by simply wearing them as jewellery. Knights would carry them in battle as an amulet to protect themselves from any harm. Ancient Rome saw pearls being used as jewellery for both men and women. Simply put, there is evidence to indicate that pearls have been prized by men in several cultures across the world, including Britain, Greece, India and China.

If you still have doubts about whether or not pearls look good on men, you don’t need to look any further than Bollywood. From Hrithik Roshan in Jodhaa Akbar to the more recent Shahid Kapoor in Padmaavat, there’s loads of evidence that show how elegant a man can look with pearls – given the right occasion.

There are various types of pearl jewellery for men. Necklaces, bracelets and cufflinks are the most common types. The colours too may differ depending on the type of jewellery. 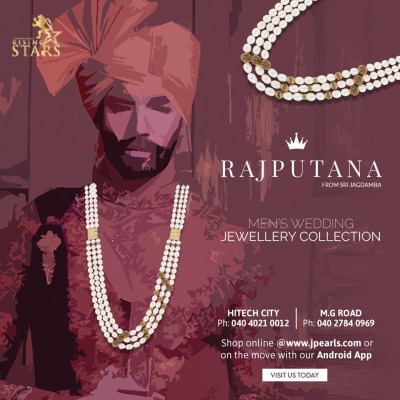 So this wedding season, don’t hold back, gentlemen. Go all out and become the groom of everyone’s dreams. Even if you’re not the one getting married, there’s no reason why you shouldn’t present yourself in peak style, at your buddy’s wedding!

PS: If Bollywood isn’t your style, then here are some Hollywood stars who have carried off pearls really well!